Several years ago we acquired our initial herd of Nigerian Dwarf goats.  It was fun watching their behavior towards each other as well as their interactions with us and our four dogs that we had at the time.  Those observations inspired a little story about herd behavior.

Welcome to SCODland (Small Country of Dwarf)
Once upon a time on a small farm in what used to be Roane County West Virginia, a small band of ruminants, tired of the tyrannical rule of the old herd queen Tenacious, began marching in the snow to call attention to her hoarding of food and shelter.
As a result of the forcasted long winter ahead, they worried that there could be future shortages of hay and grain and were really concerned about the impending lack of fresh browse.
In a capricious uprising, marred only by occasional head butting, the merry Nigerian herd seceded from Roane County, West Virginia  and formed SCODland otherwise known as Small Country of Dwarf.  They initially wanted to call their fledgling country Nigeria but it was gently pointed out that that name was already taken.
Being of herd mentality, they decided they wanted to retain the Monarchy but in a bold move, appointed the two-legged creatures as supreme rulers, in effect deposing the tyrannical Queen Tenacious. 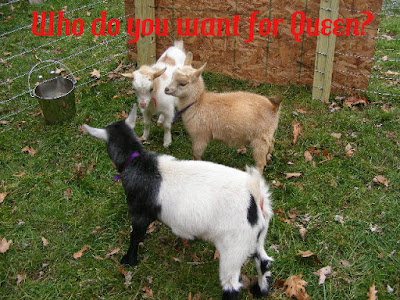 The young females decided that the time was right since Queen Tenacious was becoming very rotund as a result of her impending delivery of the Prince or Princess (or both or several) of SCODland and would be unable to mount sufficient resistance. 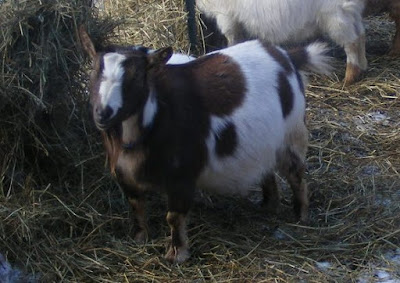 It was agreed that the female two-legged creature (formerly known as Shelley) who was responsible for providing everything from shelter to food would henceforth be addressed as "Queen of the Small Country of Dwarf".
Also, the male two-legged creature (formerly Don) who is ancillary to the queen in terms of providing for the subjects would henceforth be addressed as "King of the Small Country of Dwarf".
Since a smooth transition of power was desired, the canine known as Ace, would remain as head of Security and would stay at his current duty station high on the hill overlooking SCODland, ever vigilant for intruders.
Moose was appointed Chief Ambassador would formally announce all visitors to SCODland with a resounding (and never ending) WOO-WOO.
His deputy Ambassador, Tia, was charged with bestowing slimy toys upon any visitors.

Self-appointed dog mother Trixie will act as Nanny to the baby SCODlets who will be arriving next month. 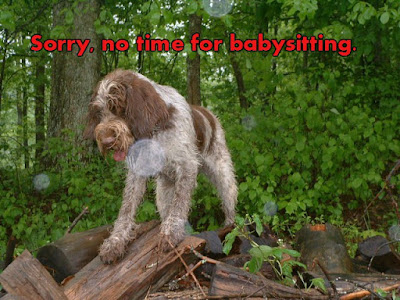 It is hoped that the current regime will result in greener pastures for everyone, say around April or so.
Posted by Shelley at 4:36 AM

Welcome to Twiggity Farm. You are invited to take a peek at everyday life on our rural West Virginia farm. Life here revolves around our Nigerian Dwarf and mini/standard LaMancha dairy goats, our rustic furniture business, our vegetable garden and our dogs. 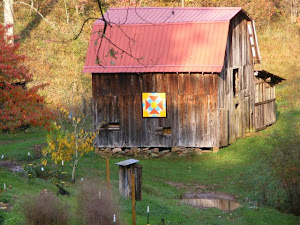